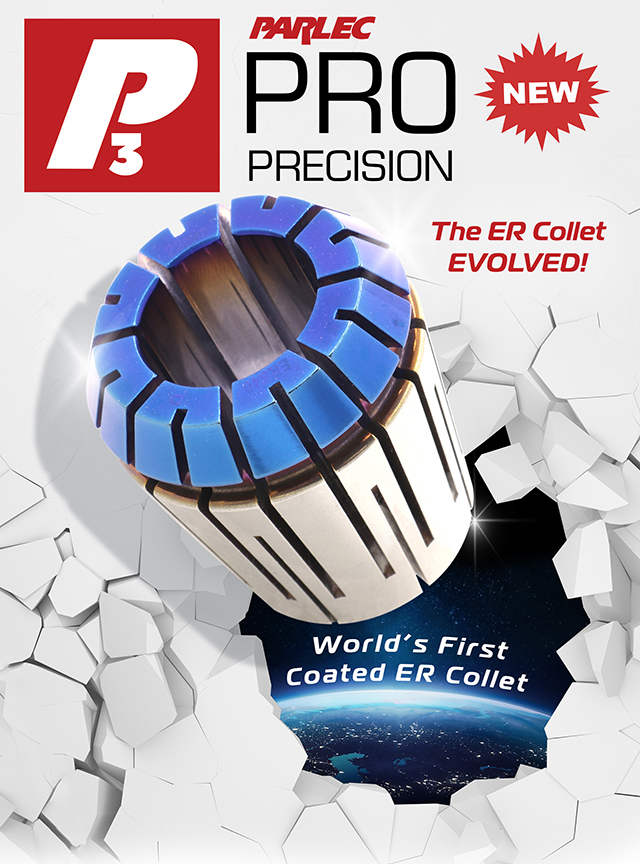 It’s been estimated that a tool with a run-out of 50% of the tool’s chip load will reduce its tool-life by 40%.

Excessive and inconsistent run-out from a properly setup ER collet chuck assembly typically occurs due to friction build-up between the 30° face of the collet and the collet nut.

Parlec’s new  P3 ER collets have a special anti-friction coating on the 30° face that dramatically reduces friction at this critical connection.

For help with your specific application, give the experts at Techniks Tool Group a call at (800) 803-8000 or email us at info@techniksusa.com.